In Defense of Health 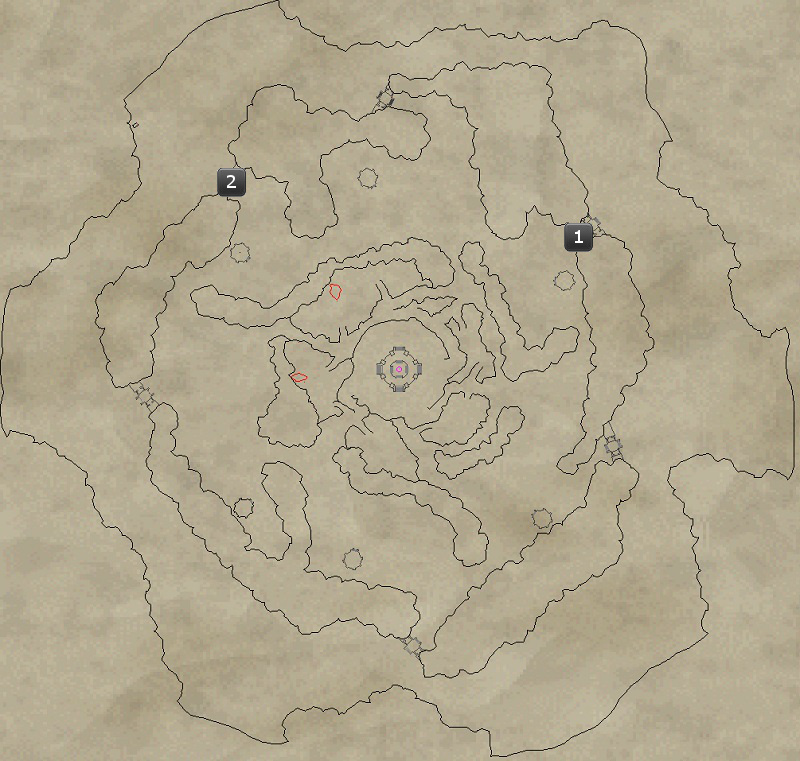 Another version of "In Defense of Health" I have not seen listed here which I encountered today:

Upon clicking into the Adventure, you enter Plane of Health at the center.

Step 1 - Speak to Lashun Novashine 0/1
Notes: Located next to where you ported into.
Upon speaking with Lashun, you receive a Whistle you will use for Step 4.
Set a Campfire up here to just pop back for turn in and chest loot.

Step 2 - Kill the puslings attempting to infect the Plane of Health 0/6
Notes: Just outside of the center gazebo

Step 3 - Kill the invading minions of Decay 0/4
Notes: Outer ring of Health zone, I went NW and found a number of them there.

Step 4 - Summon Winged Defenders of Health to assist with Virulent Brutes 0/4
Notes: Due West from center just inside from the outer ring. Huge Aggro range. Have All the players click their whistles for each Brute as the Winged Defenders do a Ton of DPS and the Brutes have almost 30 Million HPs. for each person that clicks their whistle it will add about 50k DPS or so.

Step 5 - Return the whistle to Lashun Novashine 0/1
Notes: Only need to return 1 whistle.

I had a step 1 last night of destroying the ballista being used to attack Health. Step 2 was kill the commanders of decay. Sorry I don't remember the exact wording. The ballista were guarded by 2 or 3 mobs that could not be split, I don't know about mez I have no cc.

Today's completion I got a Peacock's Charm in the final chest.

Just a FYI, task locks after step 1, NOT after step 2 .. at least it has for me every time the first step is to hail Lashun Novashine.

Would be nice if a chest had actually spawned!

Bilemonger spawned for us rather than Vomitous

Bulwark of Vanity was in the final chest reward today.

Bulwark of Vanity was in the final chest reward today.

Ran this yesterday and the named Bilemonger spawned in his spot near the main building. He dropped Putrid Ring, Raw Crypt-Hunter's Cap, and a Median Essence of Life.

Found clickies in bushes on west side of zone (middle ring):

Step 1: Hail Lashun Novashine
Step 2: Kill the pulslings attempting to infect the Plane of Health 0/12.. lawn mobs
Step 3: Kill the invading minions of Decay 0/8.. go to the outer ring, kill mobs with "invader" in their name (**note- task advice says to use a whistle on brutes. That step is not open yet)
Named/PH and collection pieces
Step 4: Summon Winged Defenders of Health to assist with Virulent Brutes 0/5
Step 5: Return the whistle to Lashun Novashine
Step 6: Open the chest

One other possible requirement in step 5: "Return the vial to Lashun Novashine."

This item is not in our DB, if you still have it can you send a link of it to cazic.eqresource please?

Thanks guys, I've updated everything up to this post except for Severed Spaulders, these don't appear to be in our item db, if any of you guys have them please send a link of them to ;tell cazic.eqresource

Step 4: Push back the assaulting invaders - South west of the Sul Vius zone area are mobs like "a

?? means the middle part changes. Kill 8 of them.

Step 3: Destroy the invader's weapons - You must destory "a weapons rack" which are guarded by 2 or 3 mobs each. These are found in the same area as the zone to SUL VIUS. The mobs around each "a weapons rack" appear to be agro linked.

STEP 2 I got Rescue the injured over seers. was giving a vial of healing salve to click on them once you have cleared the surround mobs

Bilemonger spawned during HA (in spot labeled for Vomitous near Lashun).

This description is from Beta. Needs updated. We got on Step 4:
"Summon Winged Defenders of Health to assist with virulent brutes"
You click on the whistle they gave you to summon 3 of the Winged Defenders (angel mobs surrounding the zone in). They attack the brute until they poof. Whistle has 10 charges.